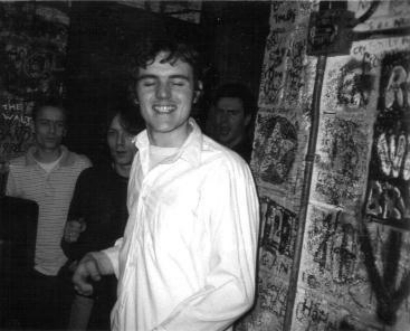 Legendary lo fi no fi band from Dublin. THe Wormholes come over in 1997 for a session with Richard Thomas and his DAT recorder. The Wormholes jammed away to their hearts content as Richard recorded everything, even Eamonn asking directions for the nearest fish and chip shop. Of course this turned up on the track “Fish and Chips”.  ‘Seven Point Plan to Destroy Astrology’ came out 2 years later. All the other Lo releases were done at a distance. Headbanger was actually from the original Parijuana sessions. and appeared on ‘United Mutations’  “Can’t Play For Shit E” was included on ‘Further Mutations’ the following year. Then in 1999 the final release on Lo came out and was a bit of a gem, a 12″ called ‘Of Your Mind’. The Decal collaboration was a highpoint, with other contributions by Third Eye Foundation, Richard Thomas, Downpour, Echo Park and VI Tone.