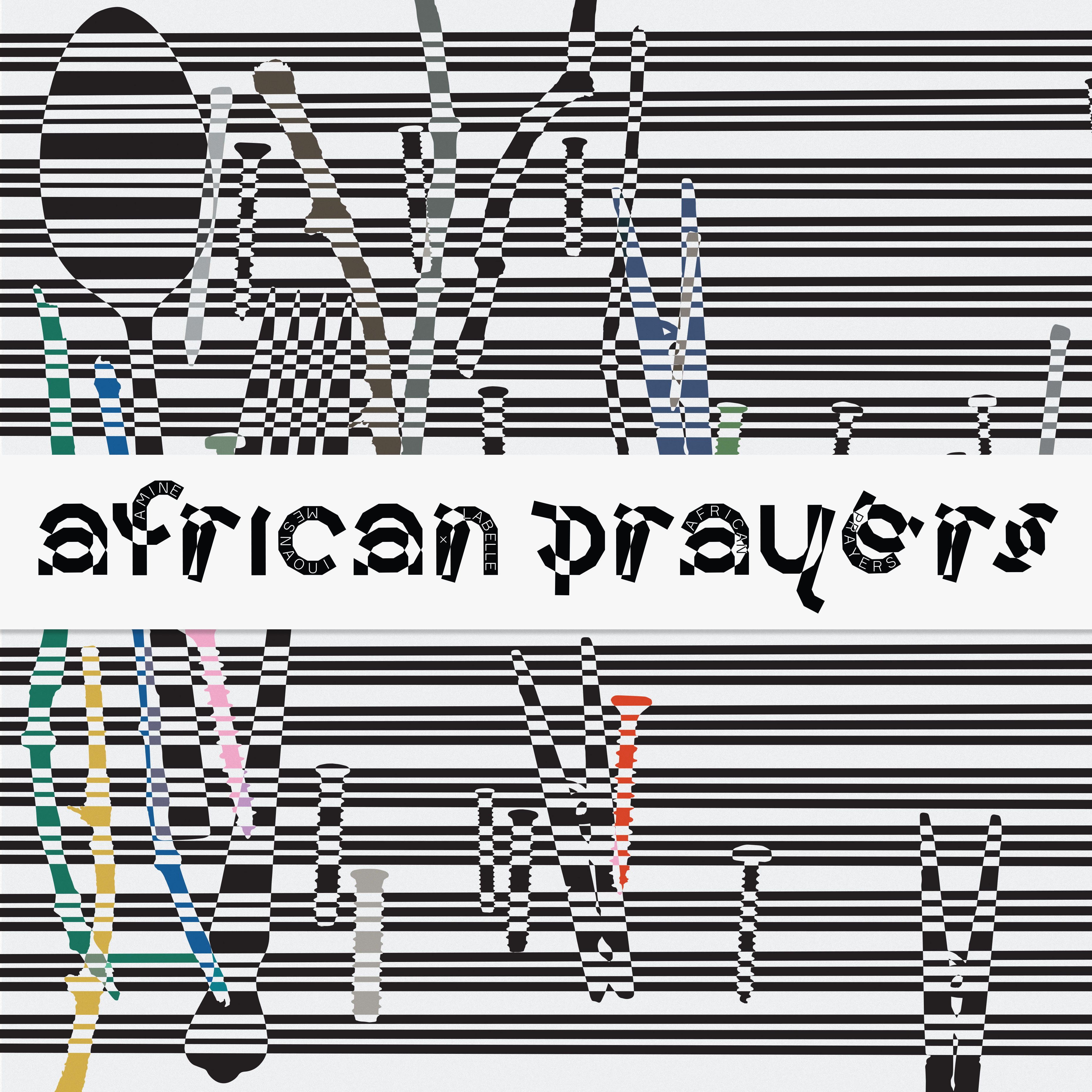 African Prayers is a musical project by Amine Mesnaoui and Labelle. It is rooted in African music, as it reinterprets the Lila Ritual of the Moroccan Gnawa masters – also known as the Ritual of the Seven Colors.

The two musicians believe that it is their duty to suggest and perform a new type of music that finds its anchor in the heritage and frees itself from folkloric clichés. But how to make music far from stereotypes, rich in meanings, minimal but complex, simple but deep, a music that is universal and invites the listener to the depth of meditation, to the dance, even to the spiritual state of trance?
Mesnaoui plays a prepared piano-modified by different objects inserted into its strings. Labelle simultaneously plays electronic instruments, and further processes the piano sound. These instruments are not native to the traditional context and their choice allows for a new perspective on the Lila Ritual. By pushing the boundaries of what those tools usually offer, the sound explores yet untapped territories. Each piece on the record refers to a specific colour and its associated symbolic realm in the ritual.
Both musicians met while they studied music at the University of Paris 8. Mesnaoui is a Moroccan pianist, who studied both classical music and jazz. Labelle is an electronic musician and composer from Reunion island. Their first encounter was on a party at the river bank of the Seine where Labelle played a Techno set. Mesnaoui attempted to swim in the stream and only Labelle saved him from drowning in the water. They became friends and dreamed of playing music together one day. 15 years later the dream became real.
Lueur (white : colour of the religion, spiritual) Périastre (dark blue for celestial spirits) Forêt (black for the spirits of the forest and the African ancestors) Krazé Muneataf (ensemble of the colours) Bleu Noir (light blue, related to the ocean and the sky) Six (red : related to blood and birth) Naima (yellow : the sun symbol of feminine spirits)